Emilyrjohnston Member ✭
May 2017 in Events and festivals
Dig It co-ordinate efforts across Scotland to showcase our World Heritage Sites, alongside Event Scotland as the signature event for Scotland's Year of History, Heritage and Archaeology as a celebration of #ScotlandinSix. A group of us met - consisting of members of the Orkney Youth Cafe and coordinated by Sara from Dig It, with the help of Dan from the University of the Highlands and Islands, and the leaders of Orkney Youth Cafe. First stop was Skara Brae, where we had a look at the exhibition and learnt about some of the finds at Skara Brae then we were treated to some stories while sitting inside a reconstructed house, to get a feel for Orkney's history.
We then hopped back on the bus and travelled to the Ring of Brodgar, where the main event of the night was taking place. The thirty or so of us were kitted out with led lights to wrap around our bodies, and given light staffs - wooden sticks with LED globes on top. We also met a group of drummers and fire throwers - who exchanged the fire sticks for led sticks for the event. We had a small wait until it became dark enough, and then began our march to the Ring of Brodgar. 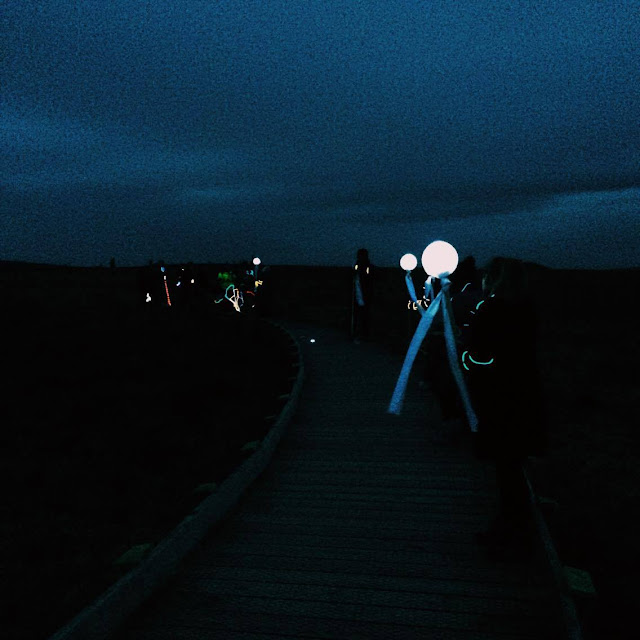 Ever thought you'd see the Ring of Brodgar lit up with by multicoloured lights and drums? Well neither did I, nor did the tourists who just so happened to drive by as we started our trail. It was an incredible event to be a part of - we circled the ring, before performing a wee routine at the entrance, dancing in and out of one another, all the while with the steady rhythm of the drums egging us on. It was amazing to see the different colours dance around the stones, and hear everyone having fun. It also made us appreciate the remains in a totally different way - of course the Neolithic people wouldn't have danced around with led lights, but some ritualistic activity was occurring here, and it was incredible to put our own spin on it. You could tell by the excitement and energy of everyone taking part, that everyone loved being involved. It's one of those things that I think will be great for everyone to look back on - not many people can say that they got to lit up the Ring of Brodgar at night! It was also a great way to spend World Heritage Day 2017. It gave us all a deeper appreciation of Neolithic Orkney, and helped us understand why these sites are World Heritage Sites. 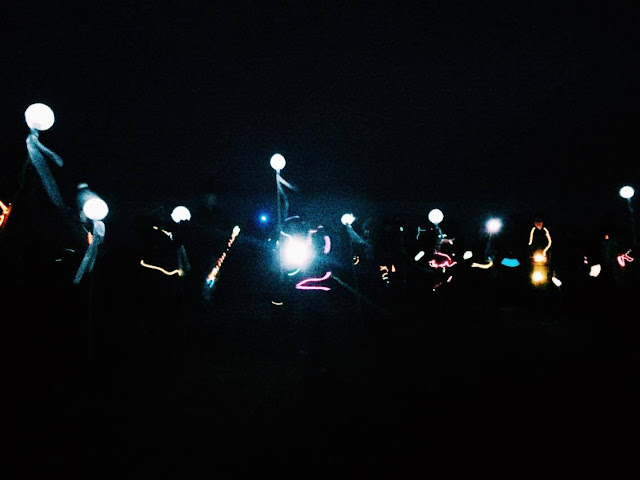